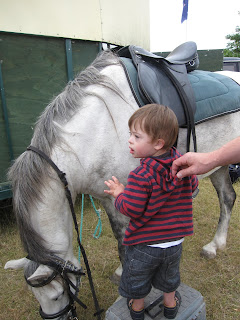 Well, what can I say. We have been busy, and I have been slack. So the only thing to do is get back on the horse.
In December we went to the local Down Syndrome Association Christmas Party, which was put on by a cricket club for us. I don't know why, but it was a lovely place, and we had fun. There were pony rides and a lolly scramble, a barbecue and tea and scones, and of course Santa and presents. 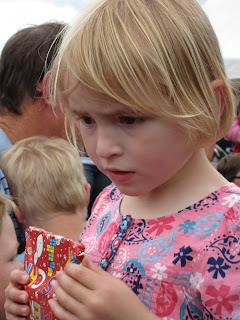 Emily does not 'do' Santa. Firstly he is a man. Secondly he is a stranger. Thirdly he has a beard. So her rep (Ben) passed the gift on to her. She does 'do' presents. 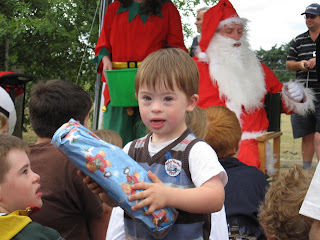 Luke does 'do' Santa. In a big way. Firstly he is a man. Secondly he is a stranger. Thirdly he has a beard. 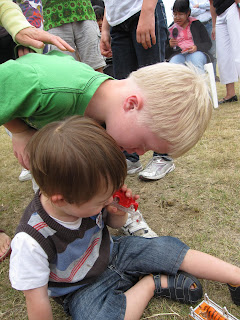 Santa kindly gave Luke a whistle. A loud whistle. Luke is good at blowing whistles long and loud. I can't think where that whistle has got to, but yes, it did make it home. 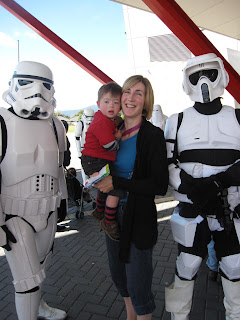 We also went to the Special Children's Party, against my better judgement. We won't be going again, but Luke had fun. Only fitting that Luke Skywalker had his photo taken with some storm troopers. 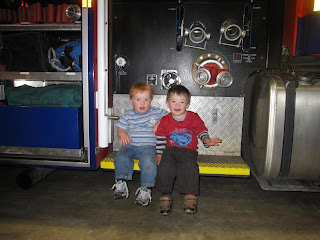 Luke and Aidan with the fire engine. This was about 10 seconds before Aidan went missing. He was found heading for the exit. My thoughts exactly Aidan. 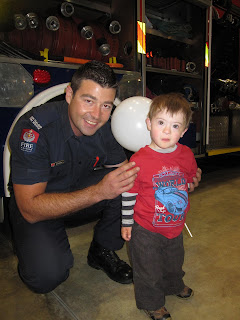 Luke and the fireman. Need I say more? 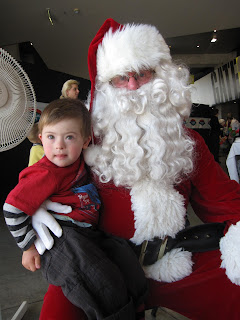 Santa and a couple of fans. 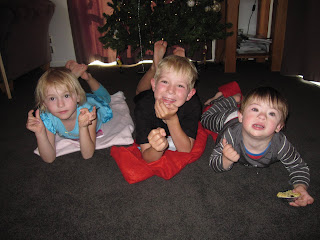 Christmas eve. You may notice Luke is eating a Christmas mince pie. We narrowly avoided a riot, as we had more. Luke thought Santa didn't need any more treats, judging by the look of his waistline. The other kids disagreed. 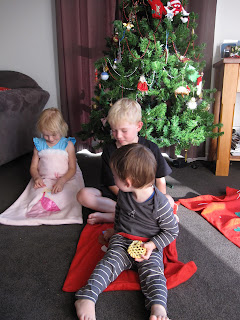 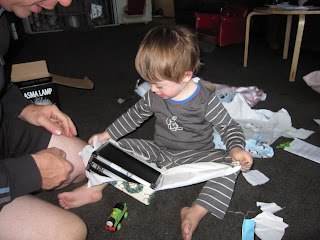 Luke has mastered the skill of ripping open presents. This will come in handy on his birthday next week. 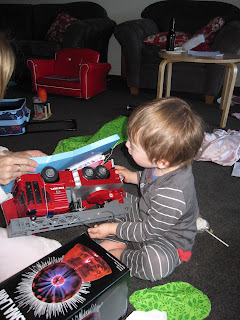 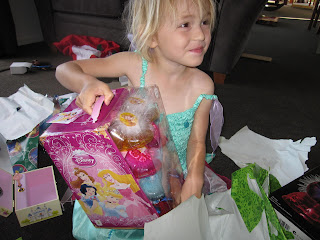 4 pairs of Disney princess shoes and a mermaid outfit. What more could a girl want? 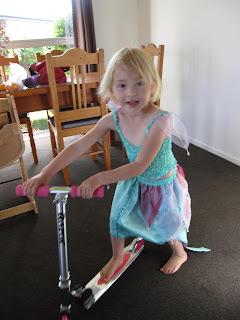 A pink scooter of course! 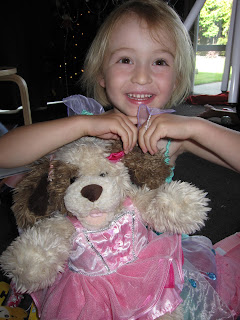 And a bear with a tutu! 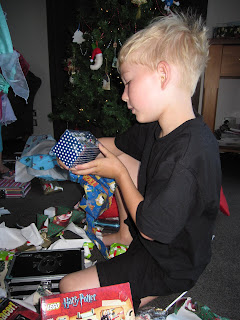 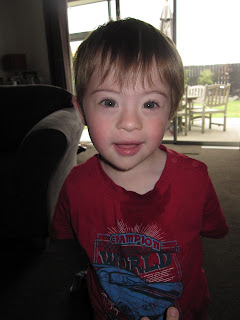 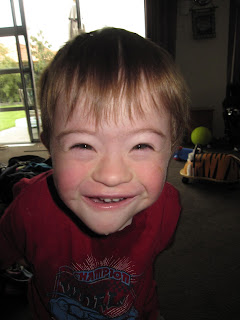 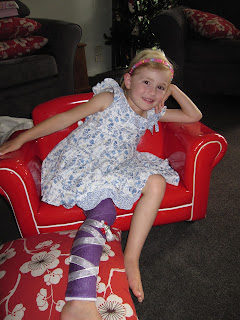 Guess who broke her leg on the 30th? On the new million-dollar trampoline that is 'The world's only safe trampoline'. Which replaced the old unsafe trampoline, with a record number of zero serious injuries in the 5 years we have owned it. 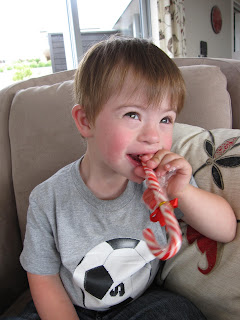 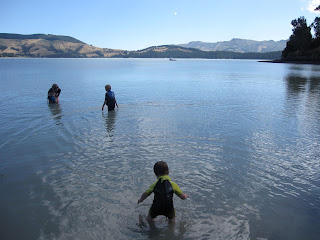 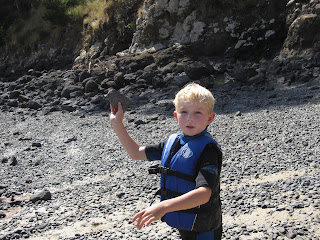 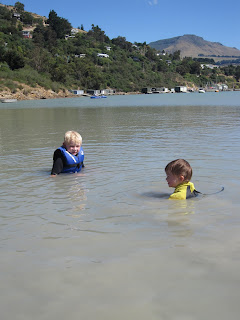 Luke learned exactly how deep the water can be to safely sit down in. The hard way. 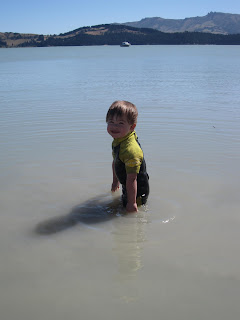 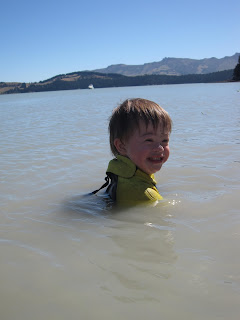 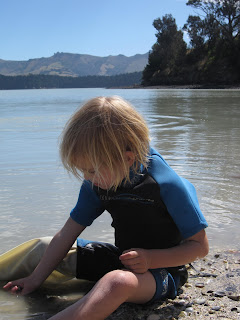 Emily modelling the latest beach chic.
Coming soon: health update and toilet training progress. Not for the faint hearted. ﻿
Posted by Mel at 8:39 AM

Yay! You're back! Love the pics & the commentary. Almost snorted about the trampoline! :-)

My! Luke looks so grown up.

I understand Emily perfectly regarding Santa...