Check out Clayton- 19 years old and has his drivers licence :) Very exciting.
http://www.stuff.co.nz/national/3196667/Down-syndrome-driver
Posted by Mel at 2:33 PM 1 comment: Links to this post 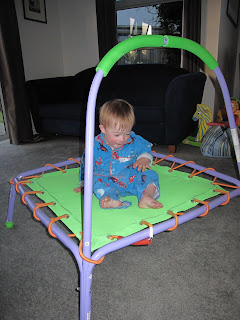 Lucky Luke with his new trampoline from Nana 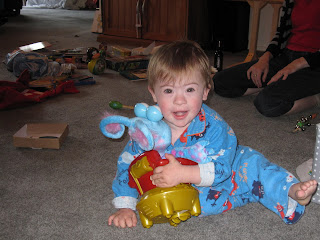 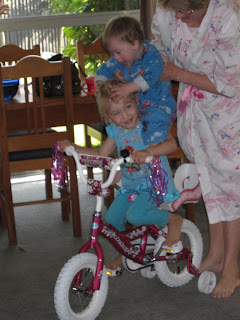 Emily with her new bike and a large, noisy accessory. 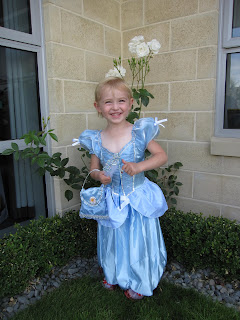 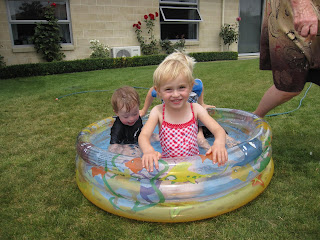 Christmas Day was absolutely sweltering! 32 degrees here and not a breath of wind. Luke, the baby who won't sit down in the bath, was not only sitting in the paddling pool, but he was standing at the edge, and diving in face first over the side! I think I might need to take the shampoo outside...
Hope you all had a Merry Christmas :) 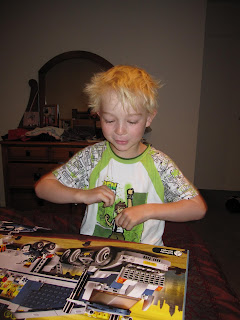 Last week school finished for the year, so all of Ben's exercise books came home. I was looking through his story writing book, and started laughing. He had written this story BEFORE his birthday.

So no, his sister cannot keep a secret, and yes his present from us was in the boat with a blanket on it. Little monkey! Safe to say, the Christmas presents are not in the boat, and are already wrapped so even if the 'spy' does find them, he will not know what they are!!

His teacher must have been laughing to herself, and she never let on!
The photo shows what was under the blanket- Lego! Yay!
Posted by Mel at 9:54 AM 1 comment: Links to this post 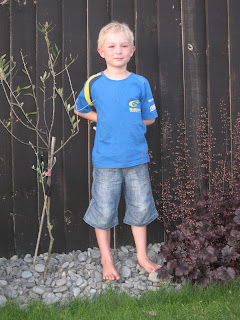 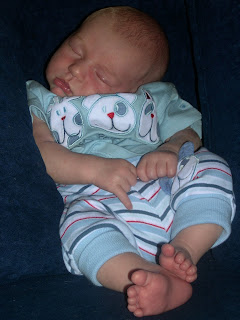 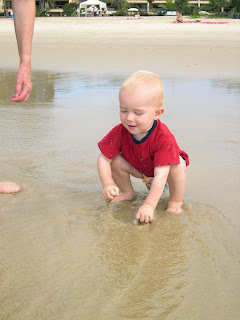 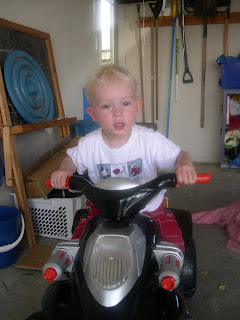 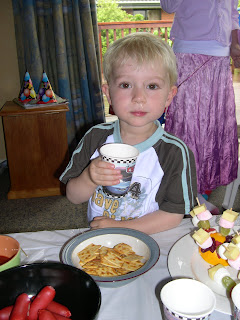 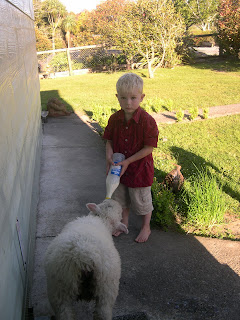 Nearly 4.
Where did the time go?

I am struggling with the weight of other people's judgements and comments when I take Luke out in public. Often people are great, and there is not an issue. I get lots of compliments and smiles, and Luke is so smiley and friendly that people interact with him a lot.

But I also get the not-so-nice comments. Like the other day at the optometrist, when a man and his wife came in to the waiting room. Luke LOVES men, so went straight over and put his arms up to be picked up. The man scooped him up and bounced him on his knee. Then he got on the floor when Luke brought him a toy car, and played with him for ages. It was lovely...until another lady in the waiting room commented on how friendly Luke was to the man who was playing with him. At this point, the guy's wife piped up and said "Yes, most of them are like that."

All I could do was blink back the tears. Luke is not a 'them' who is friendly because he has Downs. My other kids are social too. He is a person, not a syndrome.

I get people saying something offensive or insensitive every week. This has only started since he is bigger and the facial features of DS that he has are more noticeable. How do I cope with this without taking it to heart or saying something that makes me sound like a b***h?

It's getting to me.

On the good side, Luke has passed his eye test, and won't need testing for a couple of years. Yay! One less appointment to be getting to :)
Posted by Mel at 4:19 PM 9 comments: Links to this post 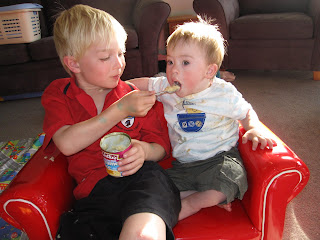 This is actually the last photo I took. Ben was minding his own business, having helped himself to a can of creamed rice from the pantry after school. Note the gorgeous bowl he is eating from. 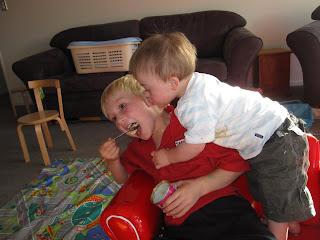 Also note the little brother, who is obviously fond of creamed rice, recognises the tin, and as his mother is starving him, moves in for the kill! 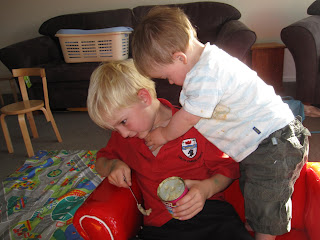 Luke finds the strangle hold useful for subduing the big brother in the pursuit of food! 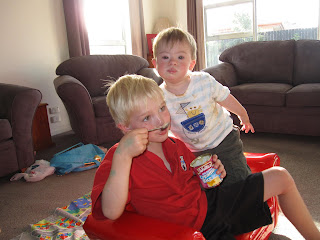 A brief respite as he eats a mouthful that the big brother has been kind enough to share :) 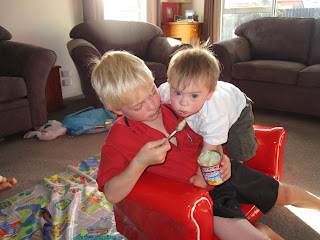 It obviously takes a bit to get Ben's attention!