Spring Holidays and Back to School

We have just finished the first week of the last term of the school year, after two weeks of spring holidays. We had the most amazing, settled, warm weather, which was just lovely and not what we were expecting! We spent lots of time in the garden and around home, and also had a visit from Grandad who lives in Australia, and Uncle David and Aunty Nic, who live in the UK.

Luke has decided to have a growth spurt, as well as getting into a fair bit of mischief around home. As you can see in the video, he has worked out how the hose works, and loves to squirt the dog, his siblings, and his mother, especially in the backside as she tries to turn the tap off ;) 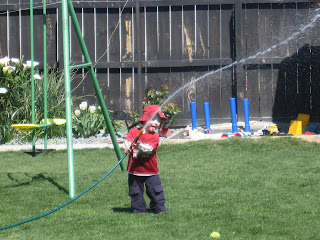 He is pretty pleased with himself! 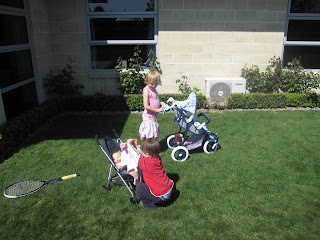 Luke also embraces his feminine side when playing with Emily. He's getting good at tucking the baby in for her buggy ride... 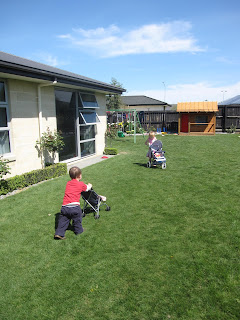 ...and following his big sister around... 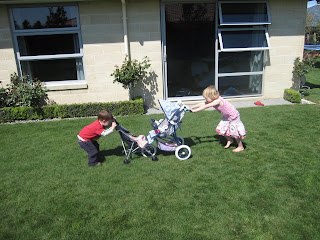 ...but 'buggy wars' are a purely Luke invention- and I'm not sure Em approves! 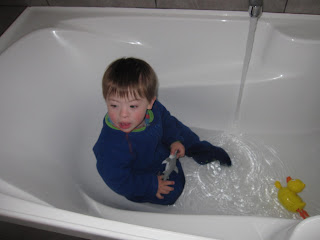 We started swimming lessons this week, as he insists on getting into the bath clothed all the time. Don't worry, the plug is well out of reach. He liked all the bits in the lesson where he didn't have to do as he was told, whinged and complained through all the bits where he did have to follow instructions (and I thought all children with DS were soooo happy!) and was generally stared at by all the other mothers. He also managed to pull the halter neck of my togs undone, luckily I realised before I gave an x-rated swimming performance in the toddlers' pool. I came home feeling a bit deflated, and realised that I find it hard going to new situations- I never remember in time that we are a little different and find it tricky to be stared at. No-one said anything though, and I can't decide if that is better or worse than having people make stupid comments or asking the same old questions. Having a child with DS is just like having a child without it at this point in time, except with the others, no-one stared constantly! But maybe they were just staring at my tog malfunction... 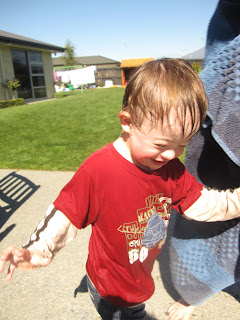 Here is Luke after another bath. This time with Ben after swimming. He loved the sound his boots made full of water, and proudly squelched around the lawn. 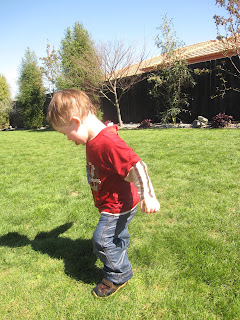 Then he and Ben stood in dog poo. Ben proceded to wipe it all over the patio, so I took him down to the hose to wash it off. (At this point I didn't realise Luke had it on his shoes.) Then I went to clean the water off the new carpet and found Luke inside with it all over his shoes, and poo prints all round the new lounge carpet. So I was on my hands and knees, with the three kids locked out, crying and banging on the glass, wanting to come in as I scraped poo off the carpet. Fun. And ironic considering it was poo from the same dog whose vomit necessitated the new carpet in the first place. Loving her right now. 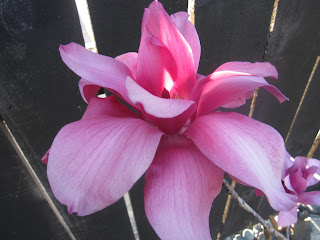 Anyway, here are some of the things I like about spring. This is the first flower on the magnolia I planted last spring. 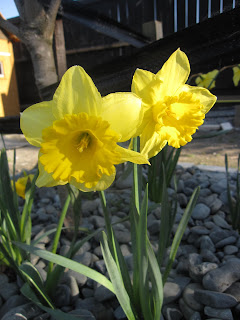 And the daffodils and tulips I also planted last spring. 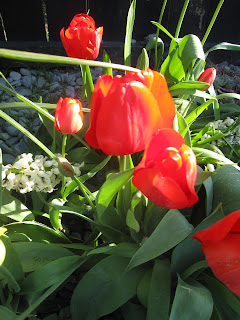 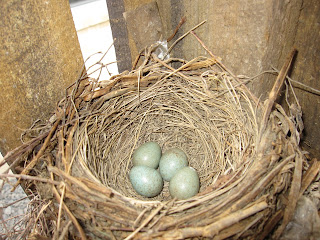 We also found a nest in our wood shed, which now has 4 large baby birds in it. One of which Ben 'helped' out yesterday, so I had to go and find it and return it to its nest last night, in the dusk. 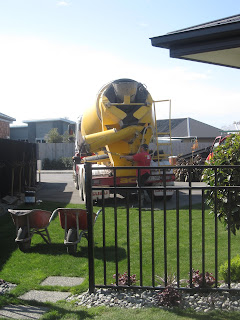 We had the concrete guys and truck to concrete around our magnolia at the back of the garden, which we have been meaning to get done for the past 21 months we have been living here.﻿ 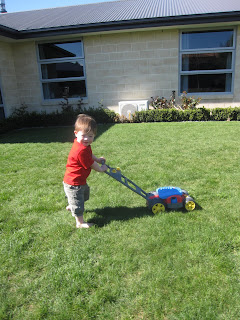 Luke and Neil mowed the lawn. Neil has a thing about the lawn. Luke does not. 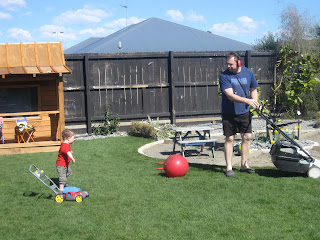 ﻿Dad and his helper.
So lovely to think that last summer Luke wasn't walking, and now he's running everywhere and just as capable as other kids his age- once he started there was no stopping him.
Posted by Mel at 5:35 PM 3 comments: Links to this post