Last Monday we went on a trip with Playcentre to a local garden which is open for viewing, and for weddings in case any of you are interested ;) 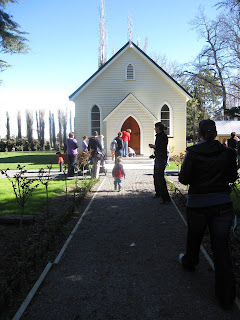 This church was moved here from its original site, which was out in the country near Neil's school. ﻿ 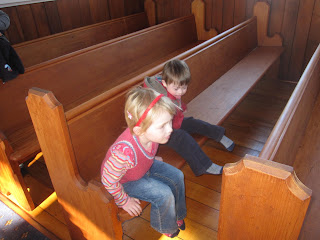 Emily and Luke testing out the pews.
﻿ 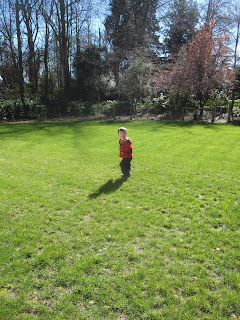 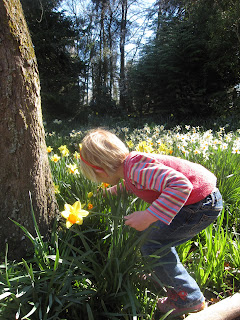 The main event- the daffodils. I love them! 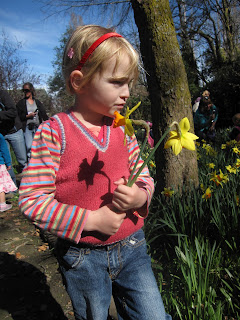 Emily was not keen on posing for the camera and Luke refused to get out of the buggy. 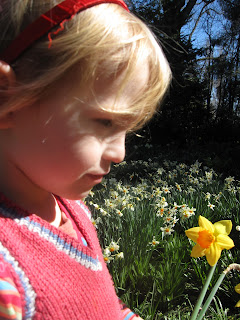 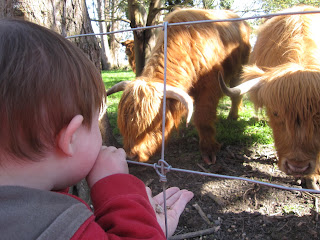 We also got to feed some Highland Cattle, which Luke LOVED. 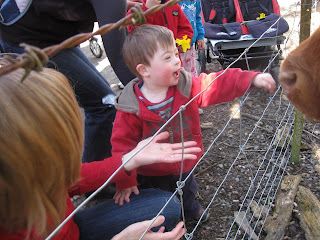 He would still be there if he had his way. 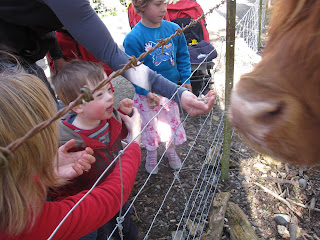 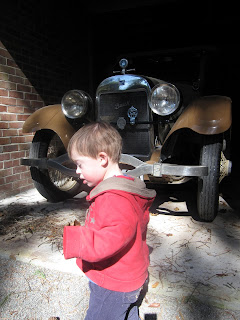 ﻿He was also pretty keen on the owner's vintage car collection. Again had to be dragged away...
On the medical front, his thyroid and coeliacs retests came back normal, and he does not have the coeliacs gene. I don't know how that changes the risk that seems to increase with DS, but less than 10% of people with coeliacs don't have the gene, so it's definitely in our favour. Not that it's the end of the world if he did have it, just that three kids are difficult to feed sometimes already...
Posted by Mel at 10:09 AM

It's so nice to see daffodils when we are heading into winter on this side of the world.

Great photos! Luke is adorable -- why must our boys find pleasure in running away?!?! Looks like a lovely time.