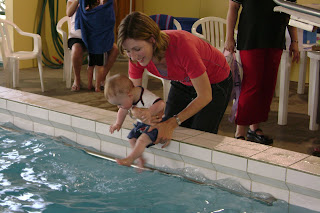 The next person who asks me "But didn't you have the test?" when they find out that Luke has Down Syndrome, and that we didn't know until after he was born might just end up with an injury!

Is is totally unfathomable that we had chosen to not have the scan because we had decided that if we had a child with a disability (and we had no idea of course that we would) that we would still want that child as much as any of our others? That Luke is a sibling to Ben and Emily and that we don't want any other baby, just this one? That sometimes life doesn't turn out just how you expected and hoped, but however it does turn out is still ok?

A nurse who was pregnant recently said to me "Did you have the testing done?" and I explained our choice to her. (We had had a scan at 8 weeks and all was well, and we were shifting to a new area 2 hours away, with a 45 min drive to the hospital for the next scan, so decided to flag it, as we would be having the baby anyway and were not at high 'risk'.) She informed me that she had had the scan and all was fine- I didn't tell her that I know multiple people who had a very low risk from the scan, and their child was born with DS. Then she said "But why would you think you would need to get tested anyway- after all, your other two are perfect"

The answer to her question is that all my children are perfect- Luke included. That certainly shut her up!
Several other people have expressed surprise that i was only 32 when Luke was born. When I inform them that 80% of children with Down Syndrome are born to younger mums, their response has been that that must be because younger mums are not tested. The implication of that is that we would all choose not to have our babies if we knew, which is certainly not the case, and is extremely offensive to me. The reason 80% are born to younger mums is that 80% of babies or more are born to younger mums. Nothing to do with testing. Simple numbers game.
So if you are ever tempted to ask anyone such a personal question, maybe ask if they knew before the baby was born, or maybe just keep your mouth shut. Because I don't want any other baby, I only want Luke, and I love him as he is.

And to the woman who asked a friend "Who wants a baby with Down Syndrome anyway?" the answer is ME.
Posted by Mel at 12:51 PM

And to this I say: Amen, as I cannot imagine Cathal not having DS, he is who is he is.

And yes, he is perfect. Just like Luke... That's telling them. You go, girl!

Echo Nan P there, Mel. I've seen a few types at this stage, and my mind has worked out its own filtering system. The curious I tolerate and inform, those who don't see it (at least in terms of it being a tremendous misfortune) I can have a normal relationship with, and those who recoil, well, thank God I don't actually see that kind of person too often. And I think that that's because I am content with my kids, and it's perfectly obvious that you are with yours. And even sympathetic passers-by with no true experience will probably never see the thing we have for its wonder. But it doesn't always help when you get idiots who really should know better but still go and drop hideous clangers. I think that when Jesus said 'The poor will be with you always' he was deliberately misquoted by an over-protective censor. Really he meant we'd be stuck in perpetuity with arseholes. And I am not gonna argue with Jesus.

I think Luke is a beautiful boy. We also didn't have a scan to test for DS as we decided we would have our baby whatever. We will soon find out in 2 months when he's born, but I love him so much already, nothing will change that.
http://www.bounty.com/