18 months or so ago, my then 3 and a half year old son Ben turned to me one night, and said "You've got a baby in your tummy Mummy." I was quite surprised by this and denied it, but he was quite insistent. "Yes you have, you're tricking me!"

Although we wanted a third child, we had only recently made the decision to start trying, and thought it unlikely we would have conceived so quickly.

After I had put Ben to bed that night, I mentioned it to Neil, and we decided it was nothing. Over the next 10 days or so, Ben kept bringing it up. "When you have the new baby Mummy, can he sleep in my room?" and "When you have the new baby Mummy, I'm going to buy you some wedding shoes". He even showed me the shoes in a shop one day, and I must say that they were hideous and I am very grateful that he forgot about that particular promise! 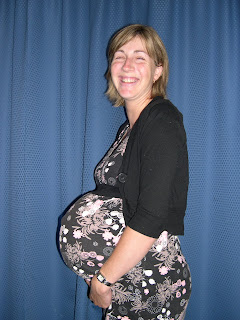 Two weeks later, Neil was offered a new job in a very rural area, and the next morning I found out I was pregnant!

All along Ben was adamant that the baby was going to be a boy, so much so that we decided that at the 20 week scan it would be a good idea to find out the baby's gender, so that we had 20 more weeks to talk him around if it turned out to be a girl.

At the scan, we were all really excited, especially when we found out we were indeed having a little boy- except for Ben, who simply said "I know. I TOLD you."

So after all that it seemed fitting that he should name his little brother, so Luke it is! We drew the line with Skywalker as a middle name though, and decided on Neil instead, after his dad.

When he was 36 hours old Luke was diagnosed with Down Syndrome, but that's a whole other story. 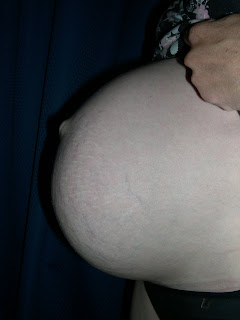 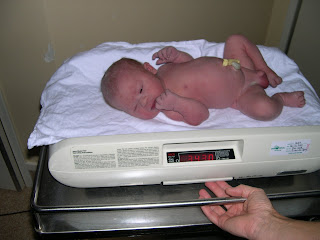 I would love to hear that whole other story.