Today we went to Caroline Bay, where there was a Big Dig at the beach, and also a fair. 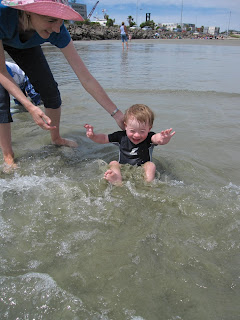 Luke was in for a swim. He's decided he loves the water, and even though it was not that warm he stayed in for ages and had a wee tant when I got him out! This is the boy who wouldn't sit down in the bath until two weeks ago :) 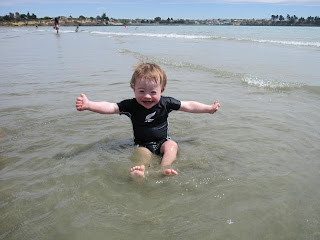 To say he loved it would be an understatement. 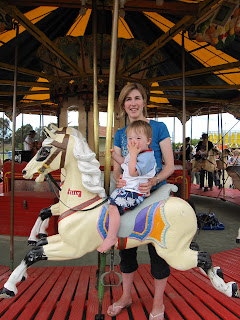 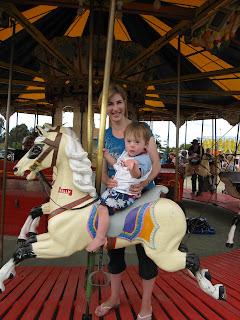 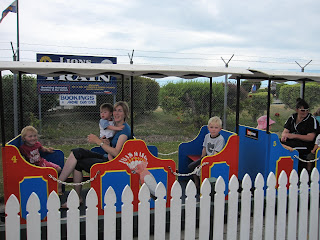 Ben is now old enough to want to ride by himself. I thought I might be able to be seen with him in public until he was at least 10, but apparently not ;)
We came home all sandy and windswept, and tired. It was a great day.

love the picture of Luke blowing a kiss! So jealous of your beautiful summer weather (we are expecting 3-6 inches of snow starting tonight) :) Glad you guys had a fun day of swimming and riding the Carousel!

looks like great fun. Cathal is very jealous of Luke being able to go to the beach, we are in the middle of a big freeze at the moment. We even have snow which is unheard of in Ireland

And I am jaleous too of your summer: this is my 3rd day working from home (fortunately I can do it!) as I am stuck in the snow with very icy roads around me! Too dangerous to attempt!

Can you send some heat our way???

looks like great fun. I love the picture of Luke sitting in the water.