First day at the Champion Centre 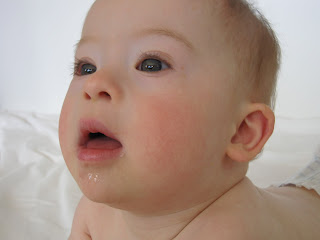 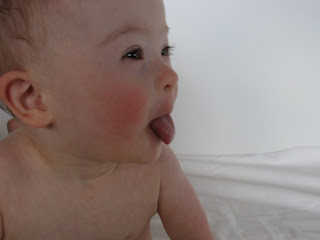 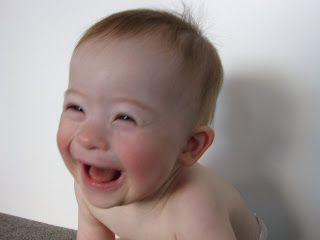 Well, we finally made it- our first session at the Champion Centre. Emily and I took Luke in, as I don't have anyone who can look after her for me here. That's ok though, because she is so good.
We just met the therapists in our team this time, and next week we will join the group and get things moving. I wanted to see how they thought Luke was going- get some reassurance that he's doing well I guess- but although they seemed quite pleased, they did not proclaim him to be the genius I think he is! Never mind, there'll be time for that next week!
It feels great though to be in a place at last where Luke's needs and those of all the other children at the Centre are focused on so totally, and we are not fobbed off because he has a mother who actually does the exercises with him so they can give him less time. And the centre is such a nice place to be- fresh and nicely decorated. I know it's a bit superficial, but we are used to tired old dreary hospital rooms, which although tarted up a bit, are still a little off-putting.
So I feel like I can start to relax a bit, that there is now a team of people around Luke who will help me to ensure he reaches his full potential. The team we had in the HB were great, but held back by the bureaucracy they were working in.
Yay!
Now I'm just a bit nervous about meeting all the rest of the families next week. After all they have mostly been toghether for a while, and we are the newbies. Luke will be the oldest in the group, so we will be the first to move through to the next group, and we will have to do it all again.

Luke is such a cutie, his smile is priceless... don't mind being a genius or not, if he keeps smiling as he is in the 3rd photo, he will win everyone over. Follow his lead and you will all be fine.

And it does look as if the move was a very good idea. In any case, wishing you the very best for next week.