A couple of weeks ago Fantastic Mr Fox came out on DVD and, seeing as I am a big fan of Roald Dahl and Ben and I loved it when we saw it at the movies, we got it. This has unleashed a new obsession in Ben. For those of you who have boys, you will understand the obsession well. Ben has had many in his 6 1/2 years, including Lego, Star Wars,and all things Army. 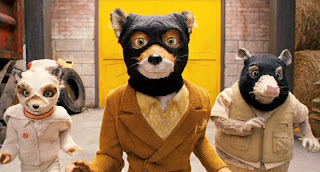 This is probably his favourite scene from the movie. Notice the 'bandit hats'. Because Ben did. And he wanted one. REALLY wanted one.
So being the kind mother that I am, I said I would knit him one. And so the fun began. I searched the internet for a pattern. Couldn't be too difficult, could it?
The first hitch was that Ben was quite specific. It had to be a 3 hole bandit hat. Not one where you could see the face, like this vintage WW1 pattern. 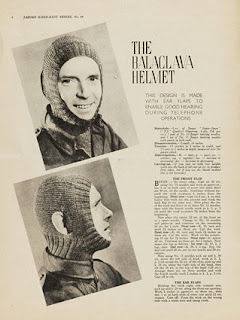 Seeing as Ben is not the best listener in the world, I liked the idea of the ear flaps. Ben did not. 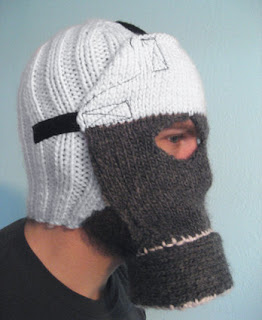 Then we went from funny to... 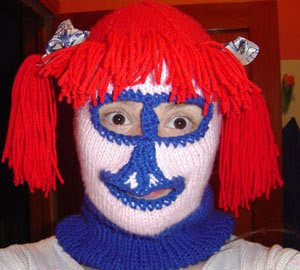 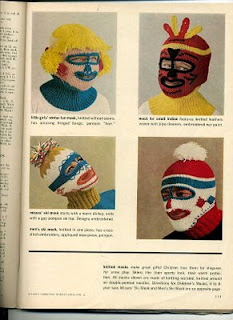 ...I don't even know what to say about these! But they were all wrong.
In the end we compromised on a two-whole model, and here is the finished product, modelled by Ben. 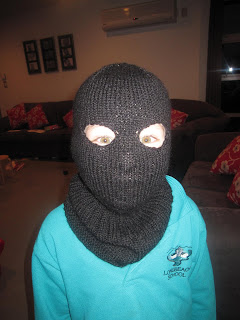 One bandit hat for the bandit in our house. The things mothers do for their children!
I might add that to get it finished there was continual nagging, and I even sat in the car in the dark driving home last Sunday and knitted in the dark!
Posted by Mel at 7:41 AM

Fantastic Mr Fox was so well adapted from the book, the details are incredible. Did you know that the director and some of the creative team actually visited Roald Dahl's home and recreated his study in the film? I went to see it in the cinema with my adult son, and I don't know which of the two of us unjoyed it most...!