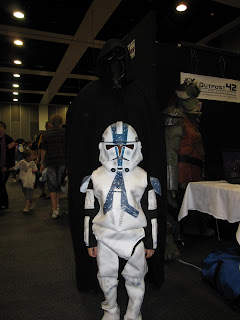 Ben in his costume with some evil character. 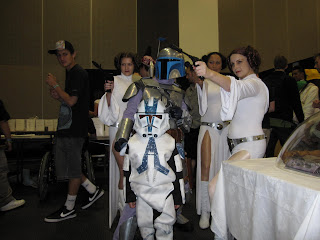 Ben with the Princess Leias 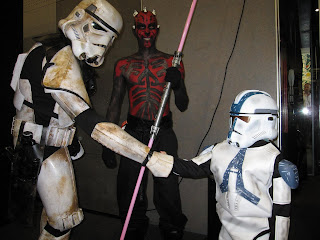 Ben with another Storm Trooper and Darth Maul. 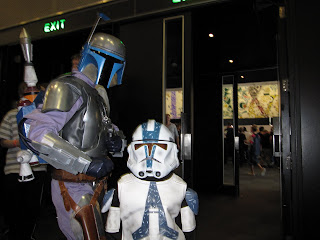 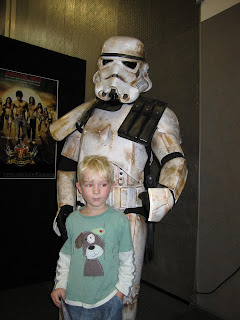 Ben before he was brave enough to get his costume on.
Okay, now I'm scared- I have far too much knowledge of Star Wars for my own good! This is the result of having a 5 year old who is Star Wars mad!

As you can see, Neil took Ben to Armageddon over the weekend- a Sci-Fi Expo on in Christchurch. Glad it wasn't my job! He had a great time, and had lots of people wanting to take his photo. Thanks to Uncle David and Aunty Nic for bringing him the costume all the way from the UK for Christmas :)
Posted by Mel at 9:16 AM

Wow, my brother would have loved to be at this. Looks so cool.

Mel, don't worry, Star Wars are sooooo cool! I remember going to see the first one (e.g. Episode IV) when it came out - I was barely out of my teens then. And it was such a pleasure watching them all again in the cinema years later with my son as HE was a teenager... Priceless moments. In time, yours kids will appreciate your touch of nerdiness ;-)